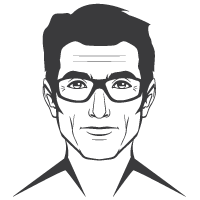 Hello, my name is Rodney Turner. Welcome to my website about allergies and asthma. As a kid, I could not go through the spring months without suffering from back to back asthma attacks. The asthma attacks usually started when my pollen allergies flared up. As doctors linked these two conditions, I was given medication to better control my attacks and improve my health. On this site, I will explore the link between allergies and asthma, plus talk about the treatments available for both of these conditions. Please feel free to visit my site daily to arm yourself with the knowledge you need to overcome allergies and asthma. Thanks.

How Portable Oxygen Rental Helps Those With COPD
10 June 2021

How to Treat Urinary Incontinence
6 May 2021

Urinary incontinence is a condition that causes yo …

Spider veins can be incredibly annoying, giving yo …

It can be hard to lose weight, especially when you …

The appendix is an organ that many don't think abo …

Choosing whether or not to undergo spinal surgery for scoliosis can be a tough decision. Some people with scoliosis forego surgery and never have any worsening symptoms as a result, so surgery is not mandatory in every case. However, surgery's ability to stop scoliosis from getting worse can prevent serious complications from happening in the future.

It's preferable to do the surgery when someone is a teenager since teenagers are less likely to experience complications during surgery. Spinal surgery for scoliosis involves fusing the curved vertebrae together using titanium screws and rods, which straightens the spine and stops them from curving further. The adolescent years are often when spinal curvature progresses the most (due to rapid growth during puberty), so the ability to stop it early with surgery is a great benefit.

Because of this, teenagers (and their parents) are often expected to make the decision quickly. If your teenager has scoliosis and you're wondering if surgery is the right choice, read on to learn more about its advantages and disadvantages.

Advantages of Having Scoliosis Surgery

The biggest advantage of having scoliosis surgery is that it can restore your teenager's spine to a nearly normal curvature and prevent the curvature from worsening. The spinal sections that are fused together can no longer develop a curvature since they're held in place by titanium screws and rods. Some curvature may still develop in the rest of the spine, but it's typically minor. Severe cases of scoliosis can lead to difficulty breathing due to the lungs becoming compressed by the spine or the ribcage. Surgery can prevent this from happening, which helps your teen avoid the most dangerous complications of scoliosis.

Spinal surgery can correct the cosmetic effects of scoliosis as well. People with scoliosis often have one hip or shoulder that's higher than the other due to spinal curvature. In addition, the spinal curvature is often visible when looking at their bare back. When the spine is straightened through surgery, these cosmetic issues will disappear. If your teen feels self-conscious about the cosmetic effects of scoliosis, surgery can help improve their self-image.

Disadvantages of Having Scoliosis Surgery

One of the disadvantages of having scoliosis surgery is that it limits spinal mobility. When vertebrae are fused together with screws and rods, flexibility is limited. This usually doesn't have an effect on daily activities, but it can hamper participation in sports. Gymnasts, dancers, and swimmers, for example, require a significant amount of spinal flexibility in order to compete at a high level. If your teen participates in these activities, they may not be able to return after having the surgery.

Another disadvantage is that surgery can be dangerous. Spinal fusion is a complex procedure that requires general anesthesia. Infections or nerve damage can happen as a result of the surgery. In addition, the recovery period after the surgery is quite lengthy, although it's shorter in teenagers compared to adults. Your teenager can expect to miss several weeks of school while they heal after the surgery, and they may not be able to return to sports for months afterward.

Is Scoliosis Surgery the Right Choice for Your Child?

The decision of whether or not to have surgery can be a difficult one. In some cases, it comes down to the amount of spinal curvature your teenager has. Teenagers who have severe spinal curvature are much more likely to have the curvature progress when they are adults. Preventing spinal curvature from worsening by having the surgery can stop your teen from developing the serious breathing issues caused by severe scoliosis.

Symptom severity is another factor to consider. If your teenager is in extreme pain due to scoliosis or if they are having self-image issues due to the cosmetic effects, spinal surgery can help. Speak to an orthopedic surgeon in your area to learn more about spinal fusion and how it can help reduce your teenager's symptoms of scoliosis. While many people with scoliosis do fine without surgery, it's often a good idea for teenagers whose spinal curvature or scoliosis symptoms are severe.